1、The cowboy is the hero of many movies.He is,even today,a symbol of courage and adventure.But what was the life of the cowboy really like?

The cowboy’s job is clear from the word”cowboy”.Cowboys were men who took care of cows and other cattle.The cattle were in the West and in Texas.People in the cities of the East wanted beef from these cattle.Trains could take the cattle east.But first the cattle had to get to the trains.Part of the cowboy's job was to take the cattle hundreds of miles to the railroad towns.

The cowboys had to make sure that the cattle arrived safely.Before starting on a drive,the cowboys branded the cattle.They burned a make on the cattle to show who they belonged to.But these marks didn’t stop rustlers,or cattle thieves.Cowboys had to protect the cattle from rustlers.Rustlers made the dangerous trip even more dangerous.

Even though their work was very difficult and dangerous,cowboys did not earn much money.They were paid bally.Yet cowboys liked their way of life.They lived in a wild and open country.They lived a life of adventure and freedom.

Ato be a hero

Cto be a rustler

Dto be a driver

Amade a lot of money

When you do something new exciting，you have().

The cowboy was the most important person in the movie.He was the().

2、Uncle Sam is a tall,thin man.He’s an older man with white hair and a white beard.He often wears a tall hat,a bow tie,and the stars and stripes of the American flag.

During the War of 1812,the US government hired meat packers to provide meat to the army.One of these meat packers was a man named Samuel Wilson.Samuel was a friendly and fair man.Everyone liked him and called him Uncle Sam.

Sam Wilson stamped the boxes of meat for the army with a large US for United States.Some government inspectors came to look over Sam’s company.They asked a worker what the US on the boxes stood for.As a joke,the worker answered that these letters stood for the name of his boss,Uncle Sam.

The joke spread,and soldiers began saying that their food came from Uncle Sam.Before long,people called all things that came from the government”Uncle Sam’s”,”Uncle Sam”became a nickname for the US government.

Soon there were drawings and cartoons of Uncle Sam in newspapers.In these early pictures,Uncle Sam was a young man.He wore stars and stripes,but his hair was dark and he had not a beard.The beard was added when Abraham Lincoln was President.President Lincoln had a beard.

The most famous picture of Uncle Sam is on a poster from World War I.The government needed men to fight in the war.In the poster,a very serious Uncle Sam points his finger and says”I want you for the US Army.”

In the drawing and cartoons of Uncle Sam().

Ahe wore the stars and stripes

Bthe never had a beard

Che had no hair 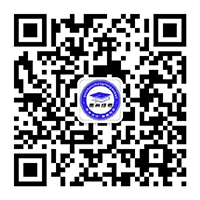 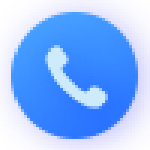 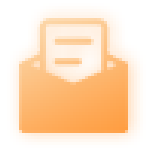 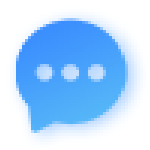